I loved making the owl in my last post. When I saw the picture of it on Pinterest, I knew I wanted to make a few. But after searching for who posted the original picture, there was no pattern to be found. So, I decided to sit down and try to figure it out on my own. When I had requests for a pattern, well, I must say that I was very happy. So, to the best of my ability, I wrote down a pattern. Now, please keep in mind that I have never written a crochet pattern before. I really hope you enjoy making this little owl as much as I did. 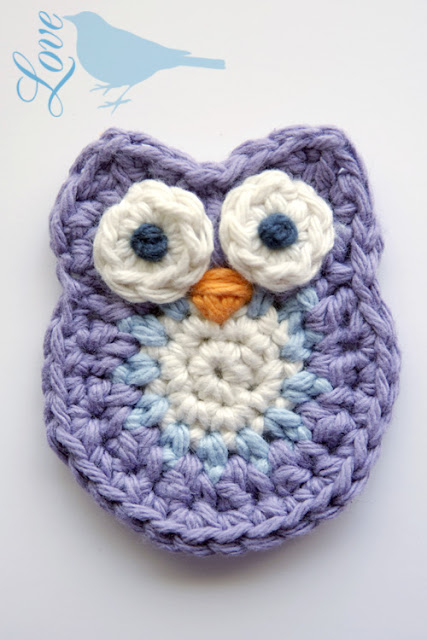 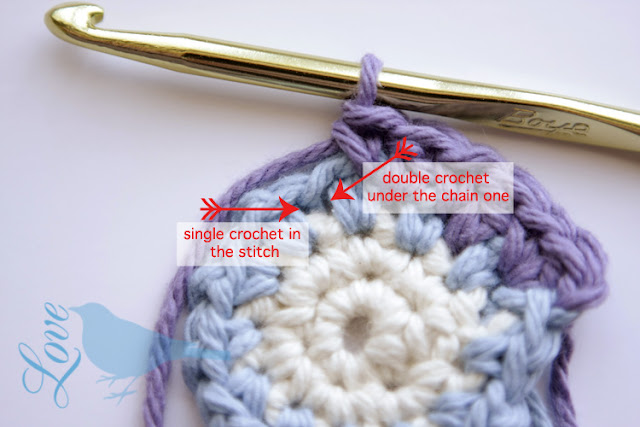 Leave a nice long tail of yarn when you cut, for finishing. Pull the yarn all the way through the loop on your hook and pull tight. Using a yarn needle, 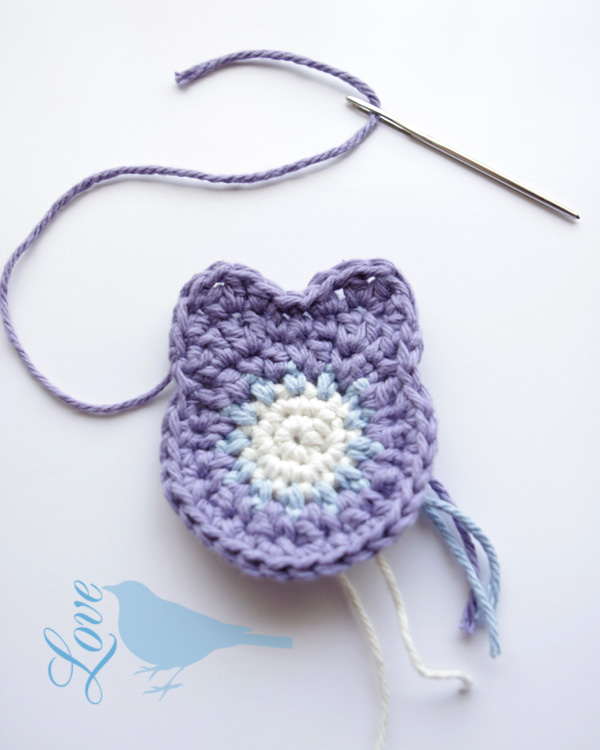 weave your tail through the back of your owl making your way up to an ear. 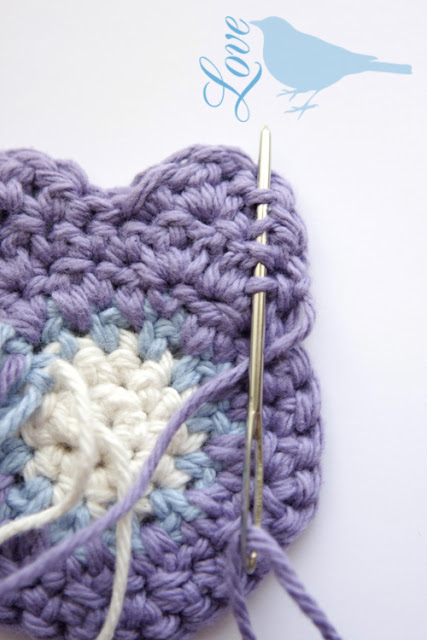 To make the ears into more of a point, run your needle through the 2 double crochets and pull tight, loop through and pull tight again. Then, weave your yarn over to the other ear and repeat. 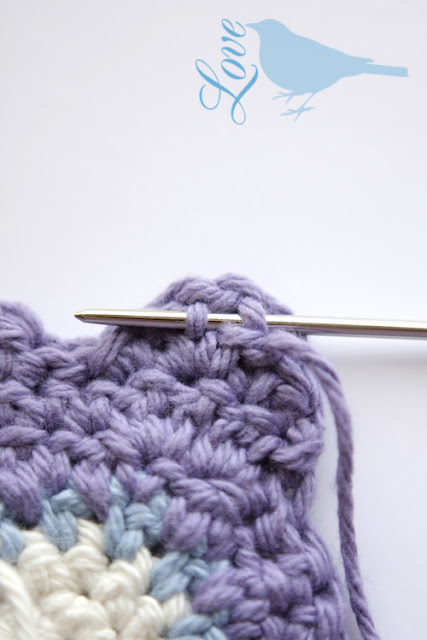 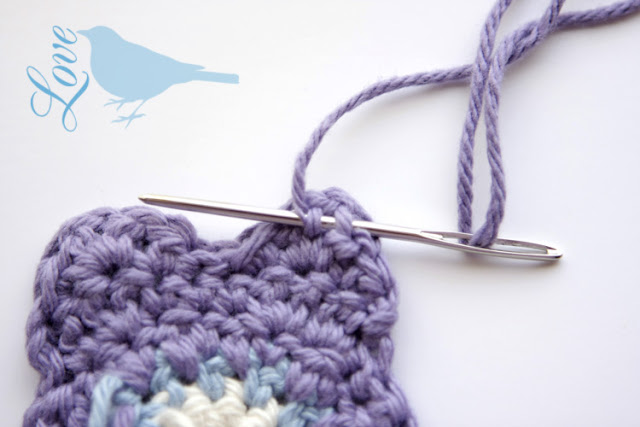 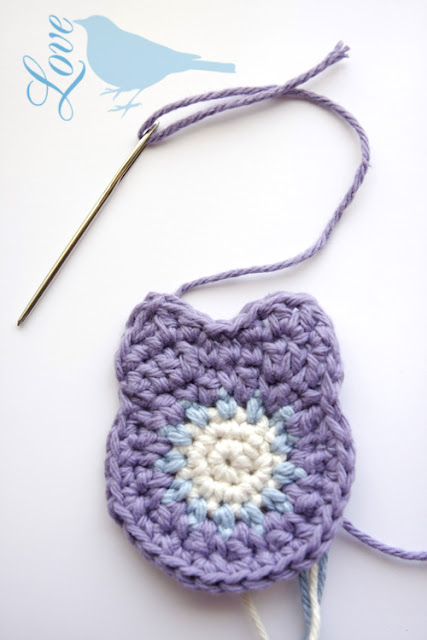 For the eyes, make a magic ring with eight single crochets. Slip stitch into the first single crochet to join and leave a long tail when you cut your yarn. Use the tail to stitch the eye in place. Choosing a dark color, make a french knot for the eye.
The beak is embroidered on with yarn.
When you are finished, weave in all of your loose yarn ends and cut them off.

FYI - I have removed the stitch count for each round because I did make a mistake in my counting (uh-oh). I will be refiguring those and will hopefully be putting them up soon. I do appreciate any feedback given about the pattern...
Posted by Laura Maxell at 8:19 PM 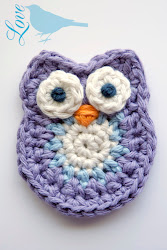 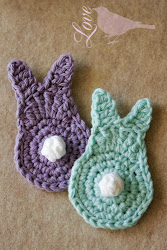 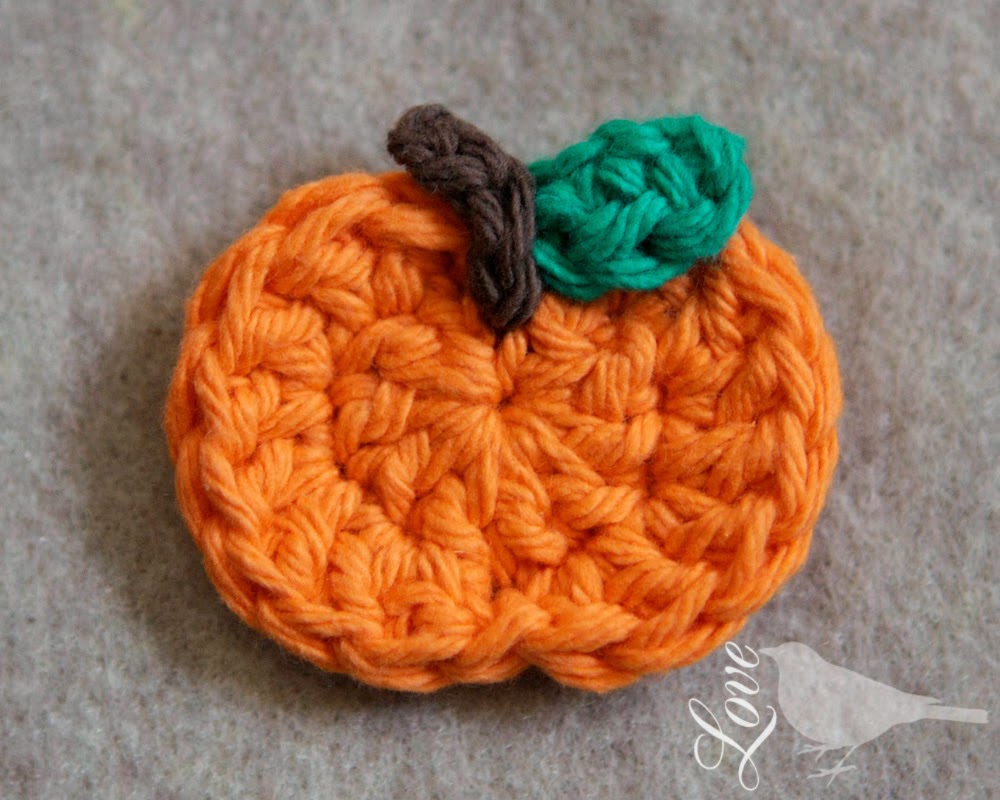 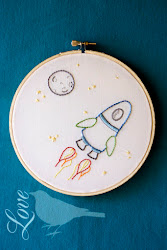 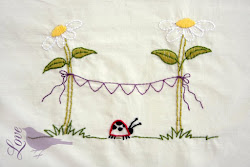 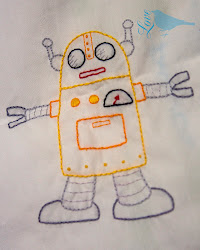